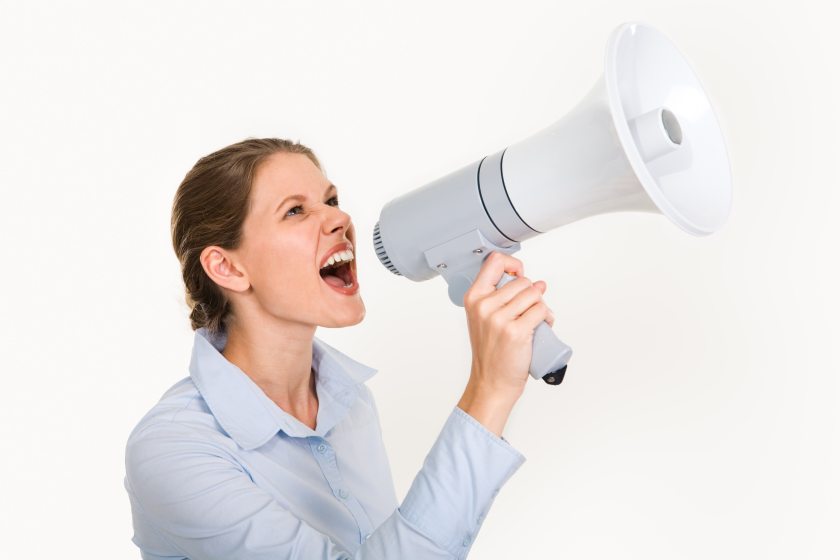 “An exclamation point is like laughing at your own jokes.”

As the author of classics such as The Great Gatsby and This Side of Paradise has said in the above quote, the exclamation point is like that guy who utters stupid jokes and laughs at himself.

Followed by that awkward silence.

So, for fiction, can a writer use an exclamation mark when, say, a character is yelling?

“How dare you!” Sarah said.

Well, yes and no. It’s not wrong for a writer to include an exclamation as it is in the previous example. The problem with them occurs with overuse. If a writer uses them constantly, or even several times in a row of dialogue, it waters down the professionalism of his writing. The reader may not take the story seriously.

Instead the writer should consider using actions to create the mood he is trying to convey.

Sarah slapped his face. “How dare you.” She slapped him again.

For an excellent read on using exclamation marks in fiction writing, I recommend the chapter on “Sophistication” in Self-Editing for Fiction Writers by Renni Browne and Dave King. The whole chapter, nay, the whole book, is a treasure trove of tips for the fiction writer.

So, I try to use an exclamation mark only when a character is yelling. I also try to limit their use to every fifty thousand words.

As another well-known writer said:

“Five exclamation marks, the sure sign of an insane mind.”

Take a look at your current work in progress and do a search for exclamation marks. Do you have more than one? Think about eliminating them.  Or allow yourself one, but see if you can rewrite with actions to express the excited mood.

Here are some links to other articles on using exclamation marks properly in writing: