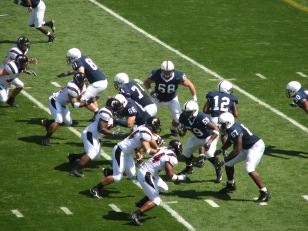 I am down to the last 25% of the current draft of my novel which I’m now calling Ziggurat Reach. Whether that is a working title or a final title, I don’t know.

I know what is happening in the last part of my novel. I am building up to the story’s climax and all the characters have finally gathering to one place–the ziggurat, in case you’re wondering– and a lot of things are about to happen.

Here are some thoughts on what I’m trying to accomplish and how I’m feeling as I’m writing this week:

Well, tonight I’ll be toiling away on novel. Maybe I’ll go to my favorite coffee shop, Heine Brothers in Northfield area of my city, Louisville, Kentucky.