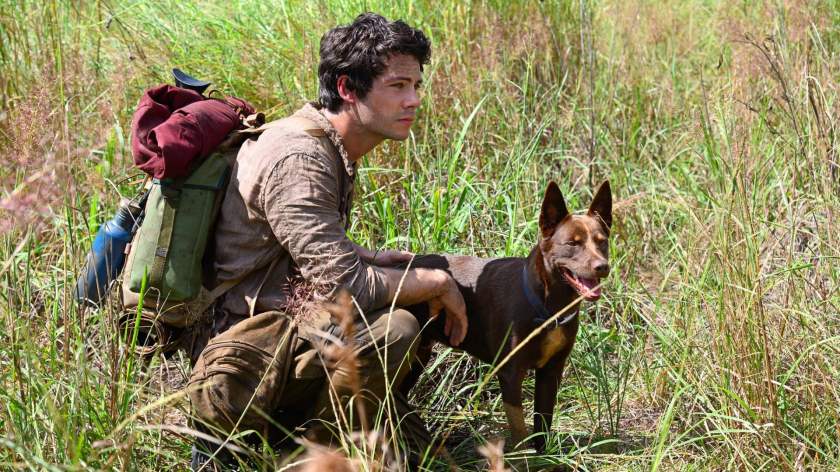 Are you looking for an idea for writing your next short story or novel?

Are you coming up with nada?

Well, look out. The following is just one way to generate an idea for your next fictional work-in-progress. In fact, it could potential help give you more than an idea; it could possibly help map out an entire outline for your story.

Whether it’s for NaNoWriMo in November, or your own project any time of the year, you might want to try this method to get started with an idea for your next fictional masterpiece. Or at least have fun writing a story no one will ever see. It’s up to you.

I got this idea while watching the movie Love and Monsters, starring Dylan O’Brien. It’s a goofy apocalyptic, science fiction, young adult adventure with improbable science, but a total blast. As I watched it, I just suspended my disbelief and enjoyed it for what it is.

But afterwards, I thought, “I wonder how that story would have gone if it was a high fantasy?”

I started thinking of how Joel, the protagonist in Love and Monsters, started on a dangerous journey to find his girlfriend. What if instead of in a modern suburb in North America, it was set in a mythological land? What if the main character had to get from one village to another?

What if I took the premise of this movie and turned it into a fantasy?

I thought, “That’s a neat method for generating story ideas.”

Now, don’t get me wrong. I figure a million other creatives have already come up with this. I haven’t researched or Googled this method, but I bet it’s out there. But here is my version. I’m not actually using the example below for my own writing–it’s just something I came up with for fun.

Let’s give this process for brainstorming a writing idea the stupid name of Movie Makeover Method.

Steps for the Movie Makeover Method