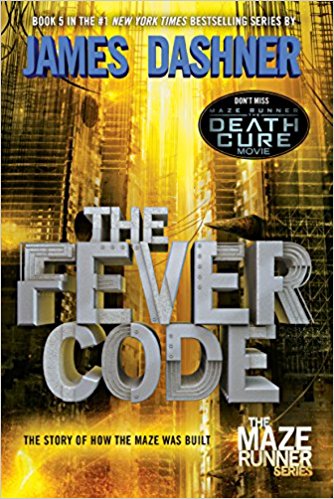 Past: The Kill Zone (audio) by James Dashner

Past: The Fever Code (audio) by James Dashner

I read the Maze Runner series (The Maze Runner, The Scorch Trials and The Death Cure) a couple of years ago, and finally I got around to listening to the two prequels as digital books. The prequels helped me appreciate the main series that much more.

In The Fever Code, Dashner brings back many of the characters readers met in the original Maze Runner trilogy. He answers some questions about Wicked and includes a surprise ending–or maybe not so surprising to some readers who may have already guessed what was really going on.

For some reason, the prequels make me like the original Maze Runner trilogy more, although I’m not sure why. Maybe it was just seeing the characters meet for the first time. Maybe it’s some of the interesting twists on the original story.

If you  haven’t read Dashner’s Maze Runner series, you have a choice to read the books as they were published * or in chronological order**. It’s up to you.

* The Maze Runner, The Scorch Trials, The Death Cure, The Kill Order and The Fever Code.

**The Kill Order, The Fever Code, The Maze Runner, The Scorch Trials and The Death Cure.