Past: The Grapes of Wrath (audio) by John Steinbeck

In the past couple of weeks, I finished two very different novels–Grapes of Wrath and Blackfish City— but I see some similarities between them. Both feature the interplay and relationships of an inter-generational family; both show the struggle the families against  a powerful government; both comment on the conditions of the time in which they were written.

In Grapes of Wrath, the Joad family are forced out of their Oklahoma home by the financial institutions of the 1920s. The story is a classic of American literature. The journey of the Joad family to California to find jobs and a new life is well known.

Blackfish City shows how the remnants of a family empowered to connect with an animal partner, much like in Pullman’s His Dark Materials series. Both GOW and BC are told in multiple point-of-views, adding to the epic feel of each novel. In BC, the characters are subjected to the whims of a government run by  computer programs and organized crime.

I can’t help but feel each novel commented on the contemporary events of each of their times. Steinbeck write GOW to raise awareness of the plight of the ‘Okies’ back during the Great Depression and Dust Bowl. BC also comments on the economic disparity of today. But it also tackles issues of the early 21st century: government corruption; ecology and climate change; bigotry against the LGBT community; sexually transmitted disease (AIDS); religion; capitalism verses socialism to name a few.

While GOW stays focus on one issue of its time, it’s possible BC tries to take on too many themes at once. As a result, some may feel that while the novel contains fantastic world-building ideas, the complete story needs to continue after the last page. And while BC is a complete story in itself, it suggests there may be sequels to continue the ideas Miller brings up in BC.

If you have not read Grapes of Wrath, I highly suggest it. This American classic shows how things may not have changed that much in the history of the U.S.

If you are a fan of science fiction, Blackfish City offers great ideas in world-building and commenting on the issues facing the world today. The readers doesn’t have to agree with Miller, but he does offer some interesting possibilities.

After hearing so much about Sanderson’s work, I’ve finally started the Mistborn trilogy. I’ve only read a chapter or two, but I am enjoying it so far.

Present: The Kill Order (audio while on the treadmill) by James Dashner

This is a prequal to the Maze Runner series. I don’t think it compares with the first book, Maze Runner, as far as originality, but it is interesting.

I’ve got several books on the writing craft I’ve been meaning to read. 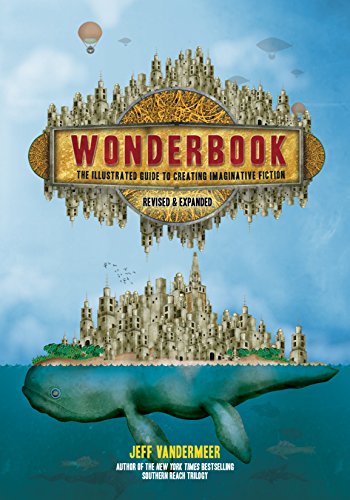 It’s been a while since I’ve read any books on writing fiction, but I plan to dabble into these two asap. I’ve purchased Wonderbook as an ebook to read, but it’s so beautifully illustrated, I plan to buy a print copy to display as a coffee table book.