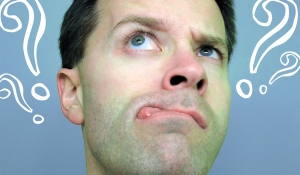 As a fiction writer, I have always wondered how to break into the publishing companies that announce on their manuscript submission guidelines:

“We do not accept unsolicited manuscripts. We only look at manuscripts through an agent.”

Then when trying to find an agent — a legitimate agent — the agents are only looking for established writers. Published authors.

But I think I found an answer the question that has plagued me as long as I have considered becoming a published novelist; a way out of the publishing labyrinth; a solution to the book marketing problem.

It used to be looked down upon. But now thousands of people are doing it and saying things like:

“Have more control over your book.”

“Why put up with the (insert profanity) of publishing companies?”

It’s true. We live in an age where it’s easier to publish our own books without going through a traditional publisher. It’s an age of social media (which helps with some of the marketing that wasn’t available outside of a traditional publisher). There’s print on demand (which means a book doesn’t have to be printed by the thousands and it doesn’t have to go out of print). And anyone can learn to make an e-book out of their manuscript.

Traditional publishing has it’s own merits, but to answer my earlier question: how can I get an agent? Well if you self-publish you don’t need an agent. And you can establish a platform, an audience, and show potential agents that you are published and already have a built-in following.

One argument I’ve heard against self-publishing is:

“There’s so much garbage out there thanks to self-publishing.”

Here’s what I say:

“There was already plenty of garbage being put out by traditional publishers.”