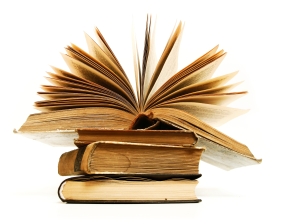 In 2003, I started keeping lists of the books I read. I compiled these lists on Amazon.com, but that wasn’t enough. I discovered Goodreads and listed every book I have ever read, including before 2003. Whenever I remember a book I read that hasn’t been listed, say a book I read back in high school or middle school, I add it to the list. As if that wasn’t obsessive compulsive enough, I exported all my books from Goodreads as an Excel spreadsheet and uploaded it to LibraryThing.com. The great thing about LibraryThing.com is all the free book give-aways you can get–as if I needed more books.

Why do I do this? Because I’m weird.

Actually, I’ve discovered that when I look at one of my booklists, I can remember what was happening in my life when I was reading a certain. It’s sort of a diary by way of literature.

So, on this tenth anniversary of keeping obsessive lists of the books I read, I present what I read in 2013. Who knows? You may find something that piques your reading taste buds.

Contemporary Fiction
Publishing companies marketed these books as main stream fiction, event though some of them could fall into other genres.

Non-fiction
I know, I know. I need to read more non-fiction.

Poetry
Even though I enjoy it, I read little poetry. It requires a deliberate sit-down-and-relax attitude which has become a victim of our fast-paced world.

Classics
Must read more classics as well, but hey I got some in for this year’s reading.

Speculative Fiction (Science Fiction & Fantasy)
Okay, as you can see, I spend most of my time reading science fiction and fantasy. I always say it’s my guilty pleasure.